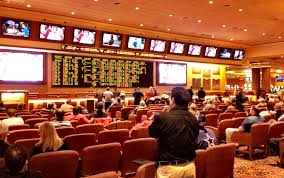 The older we get, the more we can’t believe how old we are.

I’m so old that I remember when the World Series was played in early October.  (The last time the series ended in September was 1955.)  As the years progressed, the Series has been played through October, and this year, it will end in early November.

When Leslie and I lived in New York, we went out one Saturday evening to a club with our cousin Mindy driving.  (I didn’t own a car until I moved to California when I was 29!)  As we were in the car going home, we looked out the passenger window and saw Reggie Jackson (Mr. October!) in a convertible next to us on the highway. The three of us were so excited that we drove the rest of the way home screaming out the window “We saw Reggie Jackson!”  How many of you can say that?

I’ve always enjoyed watching baseball and, since I was born in the Bronx, I am a life-long Yankees fan.  Unlike a friend of mine (you know who you are!), I don’t have an app on my phone informing me of every game’s box score, and I confess to not watching every game or being aware of the team’s standing throughout the season.  But every year before the season starts, we visit a sports book in Las Vegas and bet a few bucks on the Yankees winning the Series.  We won a few years ago, when we bet $10 and the odds were 6-1, and we obviously didn’t become rich. In years to come, we likely won’t become rich because I don’t think the Yankees’ odds are ever going to be 100-1.  It just feels right to bet some hard-earned money on a team that works hard to earn their money.  Or do they?

I'm Caryn with a C, and I'm awesome. Read More…